Get Your Plymouth DVD

Plymouth is a city in Marshall County, Indiana, United States. The population was 10,033 at the 2010 census. The city is the county seat of Marshall County. Plymouth was the site of the first retail outlet of defunct U.S. retailer Montgomery Ward in 1926.

This area was part of the territory of the Potawatomi Native Americans, one of the historical tribes encountered by European-American settlers. In the nineteenth century, the United States government made numerous treaties to buy and extinguish Native American claims to land in the former Northwest Territory and the Southeast.

Marshall County was formed in 1836, during the early years of settlement and before the forced removal of the Potawatomi people in 1838. It was named for U.S. Chief Justice John Marshall, who died in 1835. Marshall County is notable as the starting point in 1838 of the Potawatomi Trail of Death, which was the forced removal by United States forces of Chief Menominee and 859 Potawatomi Indians from Indiana to Indian Territory, at the site of present-day Osawatomie, Kansas, a distance of 660 miles (1,060 km). The first settlers arrived in what is now Marshall County in 1835. They arrived as a result of the end of the Black Hawk War as well as the completion of the Erie Canal. They consisted primarily of settlers from New England, "Yankees" descended from the English Puritans who settled New England in the colonial era. They were mainly members of the Congregational Church, although due to the Second Great Awakening many of them had converted to Methodism and some had become Baptists before coming to what is now Marshall County. As a result of this heritage, some place names in Marshall County are named after places in New England, such as Plymouth, which is named after Plymouth, Massachusetts, the site where the Mayflower landed in 1620. When these settlers arrived, there was nothing but a dense virgin forest and wild marshland, which would need to be cleared and drained before it could be farmed. The Indian Removal Act of 1830 authorized forcible removal if necessary. The United States government purchased this area under the Treaty of Tippecanoe in 1832.

Although many Potawatomi had relocated to Indian Territory in present-day Kansas, Chief Menominee and his band of the Yellow River refused to go. Militia under the authority of United States Army officers rounded them up and in September 1838, the band of 859 headed west, in what became known as the Potawatomi Trail of Death. They traveled more than 660 miles to Osawatomie, Kansas, with many of the Potawatomi walking. More than 40 of the tribal members died on the march.

Plymouth was incorporated as a town in 1851.

Check out the photo gallery and then submit your own! 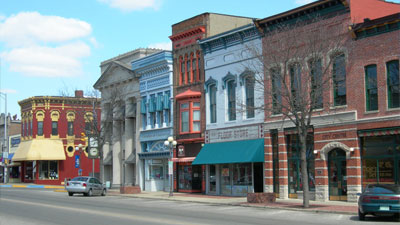 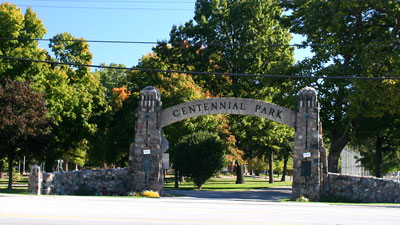 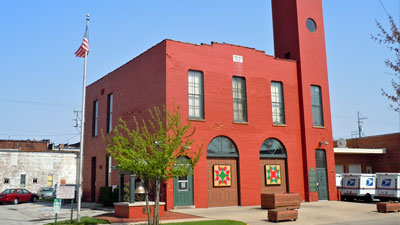